The American Medical Association posted an article in October of this year insulting not only PAs, but NPs, pharmacists, psychologists, and optometrists. It was yet another display of their insecurity and ego under the disguise of patient safety.

I won’t link to the blog, but you can Google and find it if you’d like. I don’t want to draw any more page views to their site, further feeding their ego. Before it was taken down, their Facebook post had 3.6K impressions, 2.6K comments, and 682 shares. To put that in perspective, the majority of their other posts receive less than 20 likes and comments per post. Why does this matter? Impressions tell the social media algorithms that people enjoy their content and subsequently share it with more people. The overwhelming majority of comments on this particular post are from PAs and NPs. By flooding their post, there’s a good chance we’re actually causing their message to spread further. We don’t want to feed the monster.

Why do I not care what they think about PAs? Because it doesn’t matter. What matters is our patients and giving them quality care.

The whole premise of AMA’s campaign is that every patient deserves “physician-led care.” On the surface, that’s not surprising or entirely extreme. But it is arrogant. It’s arrogant because what patients fundamentally deserve is access to quality care. And anyone arguing access to quality care is currently sufficient, is being willfully ignorant.

So let’s all agree that what patients ACTUALLY deserve is access to quality care. Now back to AMA’s statement. Their tagline is, “Patients deserve care led by physicians – the most highly-educated, trained and skilled health care professionals. Through research, advocacy and education, the AMA vigorously defends the practice of medicine against scope of practice expansion that threatens patient safety.”

What’s implied here is any care provided by a non-physician is not safe. That’s a bold statement. One that, if said, should be supported with evidence.

To back this up, AMA goes on to site findings from their own recent survey as evidence of this safety concern. The results they highlight from this patient survey are as follows:

Forgive me for stating the obvious, but these are patient PREFERENCES. This is NOT evidence that other providers provide unsafe care. I’m a PA and would answer yes to several of these questions!

I could not find the survey AMA used. So I can’t say this with certainty, but I would guess it had leading questions, and was given to an older patient population. We know from our own studies that older patients tend to be more comfortable with traditional care provided by physicians. It’s most likely what they’ve known their entire life, so it makes sense that would be their preference. It doesn’t mean care from other providers is unsafe, nor does it mean it is unwelcome. We also know that when you ask younger patients, the responses are different.

I’m not going to link a bunch of studies showing how advanced practice providers provide quality care. I’m not going to attack the studies cited by those who oppose APPs saying they don’t. Why? Because each side will find holes in their opponents’ studies, even though we were all trained no research is perfect. Physicians will provide anecdotal stories of patients who were harmed by NPs and PAs. APPs will refute this and provide their own stories of colleagues who identified a diagnosis missed by physicians.

None of this will move the needle. Which brings me back to why I don’t care what the AMA thinks about PAs. Because it doesn’t matter. What matters is taking care of my patients.

The bus is gone and it’s not going back. Health care systems are hiring PAs and NPs at an exponential rate, holding them to the same quality and safety outcomes physicians are held to. The local health care system in my community now has more APPs than physicians. Patients are getting access to care that wasn’t there before.

Those who don’t want to get on the bus, who prefer to stay back complaining and arguing they don’t think it’s fair, can stay back. The rest of us are moving on. The physicians who appreciate our role, the health care systems that recognize our value, and the payers who know we save money, are not going to bow down anymore just because AMA doesn’t like it. Do they really have the audacity to think that ALL of us are wrong?

I say that not to be antagonistic, but because it’s reality. And trying to argue with people who refuse to move forward will put you on a fast track to burnout. It will get you nowhere.

So what is it I implore you to do?

Be a great PA. Take excellent care of your patients. Do your job and do it well. Go the extra mile. Work as a team-member, respecting our physician colleagues for the leading roles they provide on those teams.

We aren’t at a crossroads. This isn’t up for debate. PAs and NPs are here to stay. If the AMA wants to be left behind comforted by their echo chamber, that’s their prerogative. But we don’t have to waste our time arguing with them. Our patients need us too much. 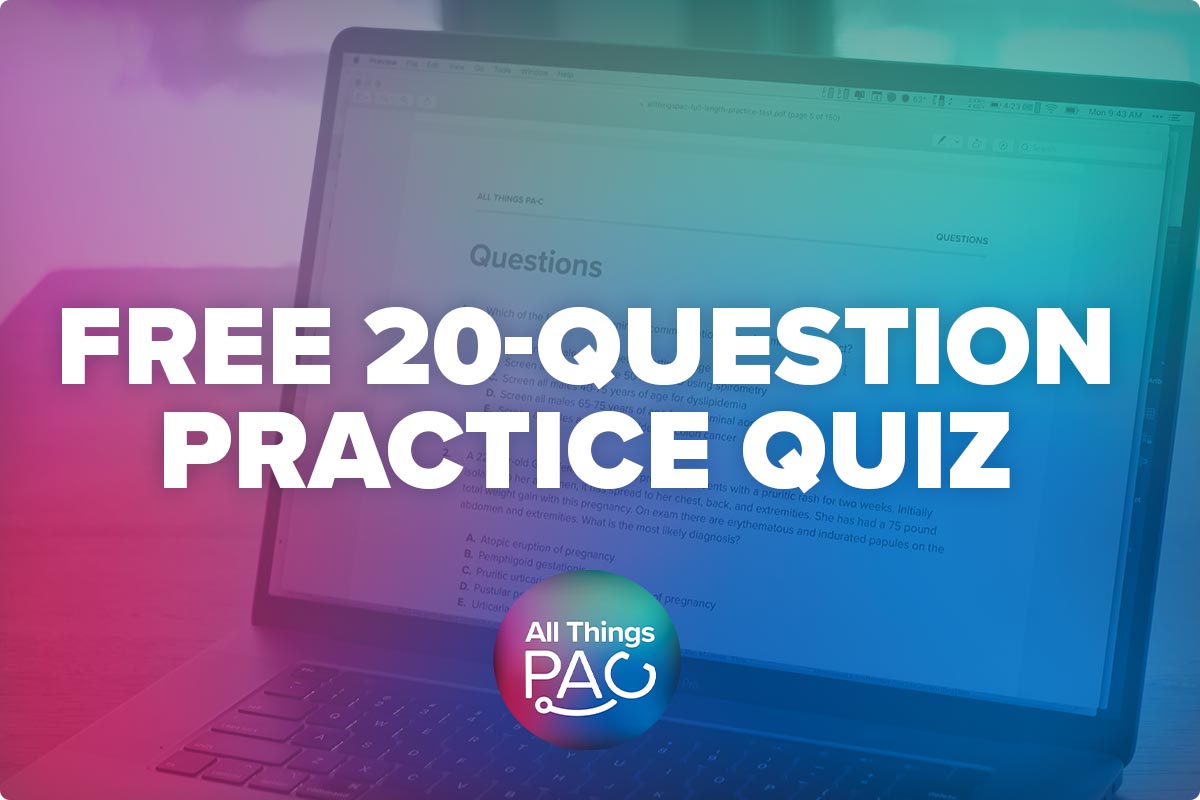 Sign up for our newsletter
and receive a FREE 20-question practice quiz!